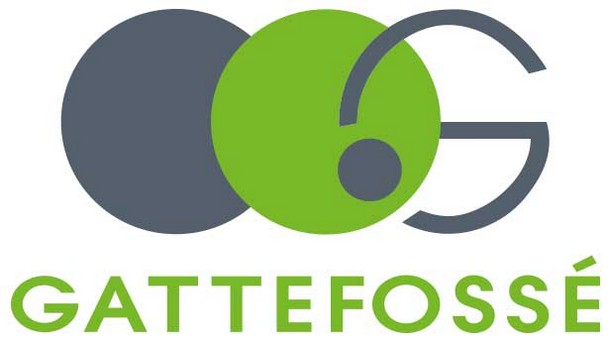 Peptide therapeutics are on the rise due to their high potency, specific mode of action and safety. Currently, more than 60 peptides are available on the market. About 140 are in clinical trials and 500 are in preclinical development (Fosgerau and Hoffmann, 2015).

Around 70% of marketed peptides are delivered via injection. However, needles are unpopular with patients and alternative routes are being explored, including oral. For effective oral administration, peptides need to withstand the harsh conditions of the gastrointestinal (GI) tract to be delivered to their site of action in an active form (Richard, 2017; Leonaviciute and Bernkop-Schnürch, 2015).

Among the various solutions explored, the simplicity of formulation, biopharmaceutical advantages and precedence of use of self emulsifying drug delivery systems (SEDDS) make them an interesting option.

Peptides – and proteins – are part of our diet. Our body developed numerous strategies to digest them into amino acids suitable for absorption, while preventing their direct entry into systemic circulation. For oral peptide therapeutics to be effective, formulations must prevent this naturally occurring digestion and promote peptide permeability through the GI tract.

Variations in pH throughout the GI tract lead to peptide hydrolysis with consequent loss of activity. They also induce changes in ionization, hence peptide solubility.

Numerous enzymes, such as pepsin, chymotrypsin, endopeptidase and exopeptidase, attack the peptides,  contributing to proteolysis of their structure.

Glutathione, endogenous or originating from food, affects some peptides through reduction of disulfide bonds, leading to their inactivation.

Only a limited fraction of the ingested therapeutic peptide reaches the enterocytes in an active form.

A mucus layer covers the epithelial cell in the lumen where proteases and antibodies fight against any intrusion. It acts as a filter and limits the penetration of molecules. Its viscosity slows down the diffusion of molecules.

However some molecules do penetrate and cross mucosal barriers to reach the systemic circulation, either via the enterocyte (transcellular) or between cells (paracellular). The transcellular pathway requires specific binding to receptors for active transport or passive diffusion for molecules having suitable properties (ie. low molecular weight, high LogP). Tight junctions between cells control the paracellular transport of molecules to the systemic system.

SEDDS: a simple and efficient platform

Among the various strategies developed for oral peptide delivery, SEDDS are interesting due to their simplicity, efficiency and biopharmaceutical advantages.

SEDDS consists of a mixture of oils, surfactants and solvents, designed to solubilize the drug throughout the digestion process and deliver the active ingredient at the absorption site. SEDDS have a long history of use, using well characterized excipients with worldwide precedence of use (Table 1).

SEDDS have been formulated for decades and are described in many scientific articles. For comprehensive and updated information on lipid-based formulations, including SEDDS, please refer to Feeney et al (2016) for an in-depth scientific review and LePree (2017) for a practical overview.

Effective protection of the peptide from degradation

The resistance of peptides to digestive enzymes has been shown in several studies as reported in the review by Leonaviciute and Bernkop-Schnürch (Table 2).

Table 2: Enzyme resistance of peptides loaded in SEDDS (from Leonaviciute and Bernkop-Schnürch, 2015)

The explanation is that hydrophilic enzymes cannot enter the SEDDS to hydrolyze the peptide. Therefore as long as the peptide is maintained in the oil droplet it is protected.

Hetenyi et al (2017) showed that SEDDS could provide a complete protective effect towards protease degradation and deactivation by glutathione.

Mucus permeation properties of SEDDS have been demonstrated both in vitro​ and in vivo​, as reviewed by Leonaviciute and Bernkop-Schnürch. Using Transwell diffusion system, it was shown that SEDDS droplet size is a critical parameter. The smaller the droplet size, the greater the permeability.

Moreover the surfactants used in SEDDS have the capacity to open tight junctions, increasing intestinal epithelial permeability. Several in vivo​ studies listed by Leonaviciute and Bernkop-Schnürch confirm the increase of permeability on different peptides.

Pairing the hydrosoluble cationic peptide with an anionic counterion enables its incorporation in lipophilic SEDDS. Using this technique (hydrophobic ion pairing), Griesser et al (2017) showed on three model peptides (leuprorelin, insulin and desmopressin) that the LogP of the ion-paired peptides was greatly increased. Consequently, the peptides are slowly released out of the SEDDS and a better protection towards enzymes and glutathione is achieved. With this technique they obtained the highest peptide load in SEDDS:  more than 10% of paired peptide.

Gattefosse is currently focusing on three areas of research on oral peptide delivery: