ClearTrial says information is power in trial talks and claims its CTO software helped biotech firm save 20 per cent of bid cost through more informed negotiations with its CRO.

Arizona moved a step closer to excluding federally regulated research facilities from animal cruelty laws yesterday after the Senate National Resources, Infrastructure and Public Debt Committee voted in favour of such a move.

OmniComm has connected its TrialMaster EDC system to Microsoft (MS) HealthVault, allowing health records and data to be transferred to a patient’s file during clinical trials.

MDS Pharma Services has adopted SAS Drug Development to allow for closer collaboration with sponsors and provide a centralised, integrated system for data management and analysis.

Fujitsu has launched a SaaS-based data management system which it claims can speed up clinical trials, eliminate set up and maintenance costs and allow CROs and sponsors to use the same IT environment.

Quintiles Transnational has selected US ePRO solutions provider Invivodata to help it meet growing regulatory pressure to focus on the patient perspectives during trials. 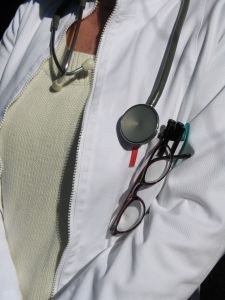 Conducting trials in smaller patient populations when developing personalised medicines poses challenges, such as how to recruit patients fast enough, but these can be overcome using adaptive methods, according to a CEO.

Deals and developments in the CRO sector

Outsourcing-pharma presents a round up of all the latest deals and developments in the contract research space. This week Synexus closes ClinPharm deal, GVK joins ResearchPoint Global and CliniPace wins gNO contract.

Indian CRO Siro Clinpharm has renamed its European units and plans to open offices in two more countries in the region in the next few months.

Jubilant Biosys has entered into a co-marketing agreement with DiscoveRx, expanding the companies’ screening services and geographic reach.

The SCDM says that edit checks are a crucial component of achieving error-free data and has updated its Good Clinical Data Management Practices (GCDMP) resource with a best practice guide.

WuXi AppTec is partnering with Qiagen to develop biomarkers, assay panels and personalised healthcare diagnostics and will use these, and existing technologies, to further clients’ projects.

CRO Particle Sciences (PSI) is improving its formulation and characterisation abilities by acquiring a multimodal imaging system from Horiba.

inVentiv Health claims the acquisition of ParagonRx positions it as the leading supplier of REMS services in the pharmaceutical contract services sector.

Trials contractor Kendle International will use a management platform developed by US software group MetricStream to help control its global compliance and quality assurance operations.

US drugmaker NexMed has maintained its place on the Nasdaq Stock Exchange, partly as a result of its acquisition of US preclinical CRO Bio-Quant.

Covance sets up in Seoul and Mumbai

US CRO Covance says its new development offices in South Korea and India will improve access to patients and reduce clinical development timelines.

US eClinical firm Phase Forward has created the new executive role, “chief privacy officer,” to ensure it complies with the latest data protection and privacy regulations governing the trial sector.

CRO Icon says the expansion of its central lab facility in Dublin, Ireland will provide better support for its clinical investigators worldwide.

US drug discovery group Deltagen has acquired Benten BioServices, a contract services organisation that offers a suite of regulatory-compliant manufacturing and testing services to support biopharmaceutical development and commercialisation.

TNO to move into Phase 0 studies with AMS buy

PRA International has called on Netherlands-based software group Quintiq to help manage the Ph I research projects it takes on and better allocate resources in the challenging early-phase trial sector.

Medidata says the latest addition to its EDC platform, the Rave Safety Gateway, will cut the time it takes to report adverse events during trials and help CROs and their sponsors comply with increasingly stringent reporting rules.

Almac has entered into a partnership with FACIT.org to gain PRO and QoL assessments which it believes will help it recruit patients and generate high quality data for regulatory submissions.

India’s Ministry of Health and Family Welfare (MHFW) want to make the collection biometric data from all clinical trial participants standard across the country’s research sector.

Synexus has agreed to acquire Clinpharm, giving it access to 10 clinical trial sites in Germany, Austria and Ukraine and increasing its patient population reach in Europe by 100 per cent.

PPD is targeting growing demand for contract data analysis with a new biostatistics infrastructure that, it says, offers improved security and reporting.

Vetter’s first US plant brings it closer to customers

CMO Vetter Pharma has expanded its manufacturing capacity with a new in Illinois, US that it says brings it closer to customers and will allow it to collaborate with clients earlier in the drug development process.

Synexus has recruited more than 2,000 children in three months for a Phase III rotavirus vaccine study, which it believes validates its methods and demonstrates they are particularly effective in late stage vaccine trials.

Pfizer will expand its clinical services and biomedical presence in China as part of a worldwide effort to develop its R&D infrastructure.

Icon is looking to expand its bioanalytical capacity in Asia, notably in China, and bolster its genomics, proteomics and cell-based assay capabilities, according to a VP who discussed diversification of the business.

The splitting up of MDS Pharma Services had little impact on the remaining business as there was limited integration anyway, according to a VP who detailed how the divestitures have allowed resources to be focused on core strengths.

PPD will work with J&J’s Belgian subsidiary, Janssen Pharmaceutica, on drugs for bowel, skin and lung diseases in a $330m in a deal announced yesterday.

Phase Forward is moving towards offering integrated systems to meet pharma’s need to maximise cost effectiveness and deal with upcoming EDC market saturation, according to a SVP at the company.

Regulators, industry and academia must do more to close the knowledge gap created by a historic shortage of women in clinical trials, according to speakers at AAPS 2009.

Icon is currently planning to occupy over a third of the 100,000 sq ft redeveloped hospital in Manchester, UK, which is due to open in 2012 and will become a flagship site for the CRO.

Pharma’s increasing collaboration and budget cuts have made hosted software more attractive to companies, according to Symyx which has made its lab notebook available on this platform.