China must step up efforts to promote development of clinical trials and improve its research training programmes, according to a Lancet paper. 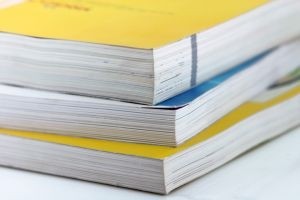 Serious consideration was given to transferring MHRA clinical trial functions to the HRA after it faced criticism including reports of unprofessional and intimidating GCP inspections.

Creation of a “one-stop shop” for health research approval would free the UK from overly burdensome regulations that are stifling innovation, according to a report.

Demand for compliant, patient safe packs will help drive the global blister packaging market to a total value of $32.5bn by 2015, according to new research.

Outsourcing-Pharma presents an interactive map showing EMA GCP inspections from 2000 to 2009 by type, routine and triggered, and year.

Big pharma has eclipsed the defence industry as the biggest defrauder of the US federal government under the False Claims Act (FCA), say researchers.

PRA International has opened a new Phase I unit in Prague in the Czech Republic, continuing its recent expansion programme.

DPI to set up FIH unit at Phoenix hospital

US CRO Dedicated Phase I (DPI) says plan to set up first in human (FIH) unit at Phoenix hospital reflects growing drug industry demand for studies in this setting.

Celerion acts to meet demand for hospital-based US trials

Celerion is partnering to access a medical centre Phase I unit that will support increased demand for trials conducted at US hospitals.

Pfizer hired investigators to expose corrupt behaviour of the former Nigerian attorney general to ‘pressure’ him to drop legal action against the contentious Trovan drug trial, according to a leaked US embassy cable.

The EMA inspects fewer than 1% of trial sites. Outsourcing-Pharma visualises this data and details the GCP-compliance sampling and collaboration strategies used by the EMA.

The Partnership for Safe Medicines (PSM) has established a presence in India to bring together local stakeholders and protect consumers from counterfeit medicines.

An urgent overhaul of ICH GCP is needed to “reverse the harm” caused by guidance that is bureaucratic, wastes resources and impedes scientific progress, according to a journal.

The shift towards a complex global supply chain incorporating many suppliers and service providers is driving adoption of modern analytical methods to ensure quality. 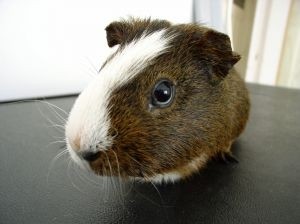 ‘Guinea piggers’ at large in the pharmaceutical industry

Kerri Weingard, research director for Accumed, says the growing numbers of patients enrolling in multiple clinical trials are threatening the integrity of the clinical development process.

Demand for drug discovery, development services and active pharmaceutical ingredients (APIs) were the main growth drivers in Q3 according to Wuxi Pharmatech.

Clinical trials in Latin America recruited 91 per cent more patients per site than studies conducted in the US from 2005 to 2009, according to EU MAA data.

Last week everything from co-processed excipients to Viagra-stuffed teddies were discussed at AAPS 2010. Now, with the show having finished, we present our personal take on the event.

The FDA significantly increased the number of concluded post-marketing requirements and commitments (PMR/PMC) in the 2009 fiscal year, according to a report.

Inaccurate predictions based on animal models are the biggest cause of clinical failure according to Scottish CRO Biopta, which says use of human tissue samples for preclinical development would cut attrition rates.

Minipigs are a practical and flexible model for safety testing which probably provide better prediction of toxicity in humans than rats and dogs, according to EU funded research.

ACRO wants the US FDA’s overseas offices to play more of a role in monitoring clinical trials, and is calling for an additional $35m (€25.3m) to fund the work.

Indian CRAs need knowledge of ethics, clinical trial execution and general topics, such as the drug development process, according to a survey into training needs.

Revision to FDA guidance on adverse event reporting is a positive step and forms part of a welcome increased focus on safety, says the CEO of Prism Ideas.

Ethics training guide created for use in low-resource areas

The FDA has issued a final rule and draft guidance that clarifies what clinical trial safety information must be submitted to the agency.

The US FDA’s risk evaluation mitigation strategy (REMS) can be a challenge for pharmaceutical companies unfamiliar with the process according to PPD’s executive director of risk management Frank Gallo.

Creation of large datasets for use in comparative effectiveness research and other fields could be limited by privacy modifications to the HITECH act, according to ACRO.

IRB delays a frustration for investigators

Delays during IRB review are a growing concern in the trials sector according to Christine Grady of the US National Institutes of Health’s (NIH) department of Bioethics.

PPD has set up a North American Phase I clinical trials network to increase access to patients across a broader range of disease areas.

Retention strategies, trial site evaluations and dedicated budgets should be used to recruit patients to, and keep them in, clinical trials, according to research.

The FDA is taking a more conservative approach to data from non-inferiority trials when reviewing NDAs, according to a GAO report.

Almac says an effective biomarker strategy boosts a drug candidates’ chance of success and can ultimately add value to a developer’s business by opening door to diagnostics.

Questions about the ethics and scientific validity of trials conducted under the Pediatric Exclusivity Provision have been raised after researchers found many studies used sites outside the US.

Spaulding Clinical has renovated its Phase I pharmacology unit, citing both sponsor and regulatory demand for centralized cardiac monitoring as drivers.

Latest deals and developments in the CRO space

Outsourcing-pharma presents a round-up of recent developments in the contract research sector, with news from Quintiles, Bioclinica and Cyprotex.

Quintiles says it is confident that all proper procedures were followed during a 2006 study of Theravance’s antibiotic telvancin being audited by Indian drug regulators.

PPD and Microsoft to tackle REMS; Q2 Op income down on costs

Gentronix has raised funds to expand its portfolio of cell-based assays and strengthen its position in the European genotoxicity services market.

Outsourcing-Pharma presents a round up of the clinical trial technologies unveiled this week at DIA 2010 in Washington, DC, US.

Increased focus on post-market safety and value has resulted in CROs handling more Phase IV work, according to a PharmaNet EVP, and this trend may continue as regulators seek real world evidence.