Mary Harney, the Irish Deputy Prime Minister and incoming President
of the European Union's Competitiveness Council will speak at the
opening plenary session of the CORDIA - EuropaBio Convention 2003,
on 2 December in Vienna,...

The world market for toxicogenomics technologies is set to grow
strongly over the next five years, but needs the catalyst of
recognition by regulatory authorities.

The end of the blockbuster?

A new report from Datamonitor predicts the end of the
pharmaceutical industry's blockbuster product model, pointing to a
dramatic shortfall in growth rates for billion dollar-plus products
out to 2008.

A conference on batch process automation and asset management in
the pharmaceutical industry is scheduled to take place in Cork,
Ireland, on 22-23 October.

The market for cell culture products is getting a lift from
stringent regulations from the US FDA and Department of
Agriculture, restricting the importation and usage of foetal bovine
serum

Sam Waksal, the disgraced former chief executive of US
biotechnology company ImClone Systems, is due for sentencing today
and could receive a jail sentence as well as significant fines.

US pharmaceutical major Eli Lilly has earmarked a hefty £220
million (€304 million) investment over the next four years in its
UK facilities, representing the largest investment by the firm in
any European country.

As this edition of In-pharmatechnologist.com goes online, the US
Food and Drug Administration is convening the inaugural meeting of
its Advisory Committee for Pharmaceutical Science's Manufacturing
Subcommittee.

Attendance at SupplySide East earlier this month was slightly up on
last year, according to organisers, and although there were few
product launches, the conference provided all the drama.

GELITA, a common name for group

Following a spat of acquisitions, leading gelatine supplier the
GELITA group has opted to harmonise the group by renaming all of
its operating units to fall under the GELITA name.

Invensys APV, a supplier of process equipment to the pharmaceutical
industry, will demonstrate its new technologies at the upcoming
Achema 2003 exhibition in Frankfurt, Germany.

As consolidation continues to mark the pharmaceutical industry,
more evidence to suggest that companies will increasingly turn to
biotechnology companies in order to gain the competitive edge comes
from a new study from Cutting Edge...

The addition of HarbourVest Partner to Israeli life sciences
venture capital fund Vitalife prompted the fund to announce on
Monday the closing of its first fund, worth €46 million.

US Neuro Bioscience has signed an agreement to acquire a minimum of
75 per cent of the issued and outstanding share capital of CLL
Pharma, a French company engaged in the business of reformulating
drugs using its proprietary drug...

The European Federation of Biotechnology (EFB) is setting up a
trade office in Aarhus, Denmark for its activities in innovation
and functional genomics, reports Biotech Denmark on its website.

Side effect concerns recede for Eprex

Two British firms, De Novo Pharmaceuticals and Peakdale Molecular,
are to enter into a joint collaboration to exploit their respective
skills in molecular design and chemistry synthesis, writes market
analysts Datamonitor this week.

Biotechnology company Biogen this week celebrated its 25th
anniversary by breaking the ground on a large-scale manufacturing
facility in Hillerød, Denmark, marking the company's first
development phase for the region and a greater...

UK contract pharmaceutical manufacturer and distributor Intercare
Group has reported 2002 turnover of £275.1 million (€406m), an
increase of 27 per cent year-on-year, and pretax profits of £24.6
million, up 15 per cent. The results...

Data published by the Danish Association of the Pharmaceutical
Industry (LIF) reveals a boom in pharmaceutical exports in 2002.
Sales totalled DK30.3 billion (€4.3 billion), an increase of
approximately DK2 billion (€268 million)...

UK Science Minister Lord Sainsbury this week announced a new
initiative to develop 'a strategic approach' to the future of the
bioscience industry in the UK and to encourage growth in the
sector.

SC Biosciences is to be the exclusive distributor of sensitive
tools for drug discovery with the announcement this week that it
will distribute in vivo imaging technology in Japan for US company
Xenogen corporation.

Applied Biosystems group, the world's number one maker of
gene-analysing equipment, warned on Tuesday that it would report
lower-than-expected fiscal third-quarter revenue and earnings due
to deteriorating business conditions.

Singapore is the location for the first 'Drug Discovery Technology'
event organised by IBC Life Sciences in the Asia-Pacific region.

Women are becoming the most attractive target audience for
healthcare companies, claims a new report from market analysts
Datamonitor. A combination of increasing Internet access, a general
interest in health issues among women along...

As in-licensing opportunities are reduced and competition for
market share in Japan increases with the rising penetration of
western pharma companies, domestic mid-cap players must alter their
strategies to remain independent, writes... 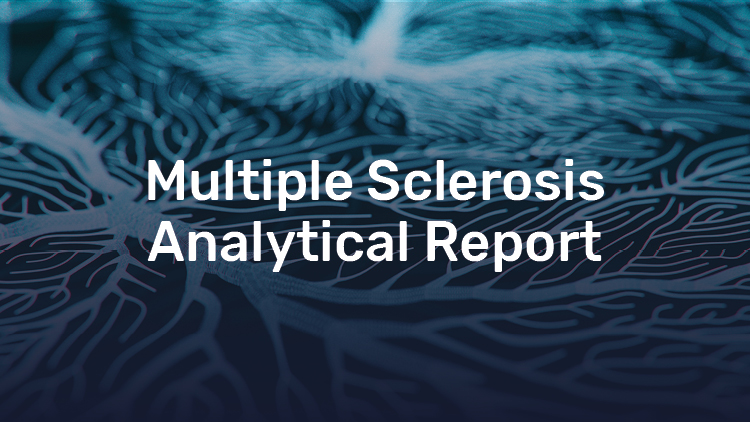 More than 2.3 million people are living with MS worldwide. Although there is no cure, new research and innovative treatments are continuously emerging....