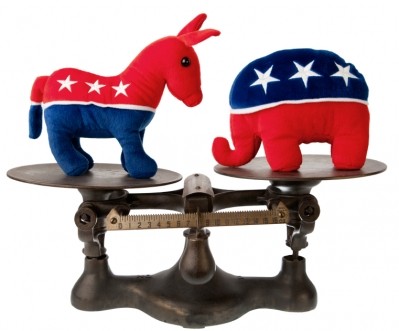 Big Pharma firms want a Republican in the White House judging by contributions received by the two US parties during the current campaign.

Drugmakers are outsourcing a greater proportion of Phase II trial budgets and patient recruitment is still the most costly aspect of conducting such studies according to new research.

Sartorius Stedim Biotech (SSB) has revised its full year guidance after its range of single-use products drove revenue gains in the first half of 2011.

ShangPharma revs up in Q4, but margins narrow

ShangPharma said it saw revenue climb on higher customer spending in the fourth quarter, but that margins slid due to currency effects and higher share-based compensation.

Wuxi PharmaTech finished the fourth quarter and the full year 2010 on a high driven by growth across all business units and the payoff from former suitor Charles River Laboratories (CRL).

Torrent Pharma has begun construction of $75m API and formulation facilities in India to support its international expansion programme.

A bill to strengthen drug safety requirements and FDA powers has been introduced into the US congress.

Covance has recorded a 29 per cent drop in operating income, despite revenue growth, as cost reduction actions and Phase III delays hit margins.

Nearly half of healthcare supply chain executives are planning to expand into emerging markets in the next 18 months, according to a UPS survey, but are concerned about the process.

Patheon has posted a 12 per cent growth in operating profit in the second quarter and said there is “strong evidence” the business environment is improving.

Demand for HPAPIs helped US life science and technology supplier Sigma-Aldrich to a positive set of first quarter financials.

Kendle International posted a 22 per cent drop in net income to $5m, after a computer error led to problems with a clinical trial carried out for one of its customers.

Gerresheimer posted positive results for 2008, with operating income growing by over 13 per cent, but has acknowledged it will not be able to maintain this momentum in 2009.

All change at the top for pharma’s top 10

Pfizer is likely to lose its crown as the world’s largest pharmaceutical company and by 2012 will be usurped by GlaxoSmithKline, according to a report from Urch Publishing.

Gerresheimer’s decision to concentrate on the pharmaceutical and life science sectors and sell-off non-core divisions appears to be paying dividends judging by a 14 per cent jump in third quarter operating profit.

Agilent recorded strong third quarter revenue growth for its Bio-Analytical segment, which was tempered by the stagnation of income from its Electronic Measurement division.

Invitrogen’s plans to buy Applied Biosystems (ABI) are on track with US antitrust regulators approving the deal and both firms achieving strong revenue growth.

Affymetrix slumped to an operating loss in the second quarter of 2008, reporting flat revenues and blaming a 30 per cent reduction in sales to the pharmaceutical sector.

With fears of a global recession riding on the back of the credit crisis, many laboratory suppliers have managed to weather the storm and still achieve double digit sales growth in the second quarter of 2008.

Oncology drugs are dominating the clinic, with studies on new
anti-cancer compounds representing the largest percentage of new
clinical trials initiated in 2007.

Pharma must adapt to emerging markets

Pharmaceutical companies are having to radically change their
practices when it comes to tackling emerging markets such as China,
India, Russia and Brazil, according to IMS.

Kendle has continued to perform well in its first quarter of 2008,
reporting record sales and new business gains, although its profit
was clouded by expenses.

Although Japan's pharma market sits in firm second position on the
global stage, the country's foothold is slipping as other more
innovative countries grasp for a greater presence.

Parexel and Covance have both reported strong financial gains in
their quarterly results, as the clinical services industry remains
heated.

Quintiles Transnational has heralded the results of an
independently conducted study of clinical investigator sites across
Europe that saw the firm rate the highest overall in terms of
satisfaction.

A new IMS Health report has confirmed that during 2007 it was the
emerging markets' time to shine in terms of prescription drug
market growth.

German packaging giant Gerresheimer reported a positive set of
first quarter results for 2008, largely due to the success of its
plastics division in the expanding medical plastics market.

Teva sprints ahead of the API field

With active pharmaceutical ingredient sales of $1,460m (€960.8m) in
2007 and a portfolio of more than 250 compounds, Teva
Pharmaceutical Industries is by a long stretch the dominant
supplier in the global API market.

Jubilant Organosys, India's largest custom research and
manufacturing services (CRAMS) provider, has scored new contracts
to the tune of $92m for the year thus far as its business continues
to gather momentum.

Earnings growth from its pharma solutions business helped push
BASF's operating income (EBITDA) from fine chemicals up by 56.5 per
cent to €288m in 2007.

Qiagen lifted by acquisitions in '07

Qiagen announced strong Q4 results and good overall growth for
2007, despite going through significant integration and acquisition
efforts. The firm also gave guidance for a 40 per cent growth
rate in 2008.

Beckman Coulter saw its fourth quarter earnings held back by
the cost of acquiring NexGen Diagnostics, but the
underlying business was strong with a near-11 per cent hike in
revenues.

Parexel has reported positive financial results for the second
quarter of 2008.

Singapore's biomedical manufacturing down a third in December

Another sharp decline in biomedical production saw overall
manufacturing output in Singapore fall for the second month running
in December, prompting fears that the heavily trade-reliant economy
could buckle under a looming US recession.

New research from Frost & Sullivan provides a snapshot of
biopharma spending trends on contract research organisations
(CROs), along with forecasts for industry growth.

PharmaNet has made a strong comeback during its third quarter after
previously slipping into the red and recorded its highest revenue
to date - $99.8m (€70.0m).

Covance is feeling positive after reporting healthy growth in both
business units for the third quarter, with its early phase segment
continuing to have the edge over its late stage unit.

Sigma-Aldrich continued its strong year with both revenues and
pre-tax profits showing strong double-digit growth in the third
quarter predicting it will break the $2bn (€1.4bn) revenue mark
this year.

Scanning probe microscope maker Veeco has seen its third quarter
revenues drop 13 per cent to $97.7m (€68.7m) and plans to make 100
staff redundant as part of a restructuring drive.

As second quarter financial results continue to be released
laboratory suppliers Sigma-Aldrich and Invitrogen have both posted
13 per cent revenue growth.