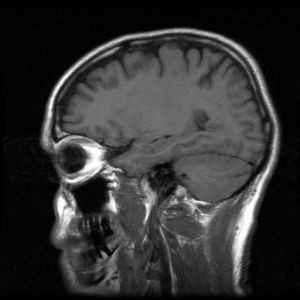 Merck & Co. has entered into an exclusive collaboration and
licensing deal with Addex Pharma to develop a new class of orally
available Parkinson's therapies.

A group of scientists believe they have cracked the riddle of how
Parkinson's disease is triggered - a breakthrough that could lead
to more effective therapies against the disease.

The discovery of a new protein that can protect, and even rescue,
damaged dopamine neurons could significantly impact future
Parkinson's therapies.

Genzyme has put pen to paper on a licensing deal for Ceregene's
Parkinson's drug, as a rival gene therapy for the same disease
shows promise in initial clinical trials.

A drug that is popularly used to treat high blood pressure and
stroke could also be used to rejuvenate dopamine neurons in the
brain, according to US scientists.

BioLineRx of Israel has reported results of a Phase I trial of a
first-in-class antipsychotic drug that showed the compound was well
tolerated in the treatment of schizophrenia.

LabTechnologist.com brings you a round up of some of the latest
releases for use in pharmaceutical and life science laboratories.

Researchers have taken a special interest in mechanisms they have
identified as an explanation for the causes of Parkinson's disease,
which they say, may facilitate research aimed at finding novel
medical treatments and other...

A new therapy for Parkinson's disease involving brain implants has
been developed by US scientists, who believe this new treatment is
a viable alternative to drugs currently used to treat this chronic
irreversible brain condition.

Researchers have discovered a new mechanism that reveals how high
levels of a neurotransmitter exerts its effect on the brain. The
findings provide new research avenues to understand and potentially
manage neurotransmitter-related...

CeNeS Pharmaceuticals and Tripos have entered into a new agreement
to continue their collaboration on COMT inhibitors, which represent
a new breed of therapy for Parkinson's disease and other psychotic
disorders such as schizophrenia.

Scientists researching pharmaceutical treatments for Parkinson's
disease are invited to submit study information to a new patient
website, which is intended to improve access to information on
Parkinson's clinical trials,...

The next generation of orally-active erectile dysfunction (ED)
drugs took a step closer as researchers isolated a receptor that
could be used as a target of drug treatment without the side
effects associated with the only approved...

A team of scientists in the US have identified a molecular target
in which could herald the formation of the first pharmacological
therapy for treating amphetamine addiction, which is estimated to
affect around 9 million Americans,...