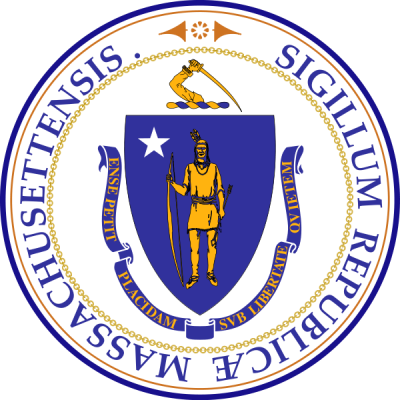 The FDA has followed the EMA in approving the Framingham, MA plant that Genzyme hopes will cut production bottlenecks.

News from Genzyme, Catalent and Futura – People on the move

Outsourcing-Pharma presents its weekly round-up of the latest happenings in the world of pharmaceutical employment, including news from Genzyme, Catalent and Futura.

The fall-out from Genzyme’s supply disruptions is still hindering Sanofi, more than five months after taking over the business.

Bilfinger Berger has won a €30m ($43m) contract to help Genzyme add 8,000L of production capacity at its site in Geel, Belgium.

Genzyme will be unable to meet demand for Thyrogen until July 2011 because of a manufacturing issue.

Sanofi Aventis’ CEO, Chris Veibacher, said the French drugmaker may look at providing some fill/finish capacity for Genzyme in the long term.

Genzyme has lowered 2011 financial projections after delaying the date it expects Fabrazyme production to return to normal.

Genzyme has confirmed plans to sell genetic testing unit to LabCorp for $925m amid media rumours that 1,000 employees face redundancy.

Sanofi Aventis has gone public with its $18.5bn (€14.5bn) takeover bid for US biotech Genzyme, putting more pressure on firm’s “unwilling” board

US patients call for Fabrazyme patent break; Are you watching Sanofi?

EU majors reported to be looking at Genzyme

European drugmakers Sanofi-Aventis and GlaxoSmithKline (GSK) are rumoured to be looking at a possible acquisition of US biotechnology group Genzyme.

Genzyme has entered into an expanded fill and finish manufacturing deal with Hospira as it works to move operations out of its Allston Landing plant.

in-PharmaTechnologist presents its latest round up of movements in the pharma sector, including changes at Relypsa, Genzyme, Benitec, Genmab, Celsion, Alligator Bioscience.

Changes to manufacturing practices at Genzyme’s plant have led to further shortages of Fabrazyme (agalsidase beta), with production expected to remain below 30 per cent of demand until after June 30.

Genzyme has reported a small dip in preliminary fourth quarter and full year revenues, driven by declining sales of Cerezyme and Fabrazyme which have been affected by manufacturing problems.

The EMEA has issued US biotech firm Genzyme with a letter detailing “one major observation and several other observations” following an inspection of its Allston, Massachusetts manufacturing plant last month.

Shareholders have filed an $8bn (€5.7bn) lawsuit against Genzyme alleging that the company’s CEO “issued a series of materially false and misleading statements” about its manufacturing problems.

The FDA has found “significant objectionable conditions” at the Genzyme manufacturing facility that makes Lumizyme, creating another issue in the product’s approval process.

Genzyme knockback has implications for biosimilars

The problems facing companies trying to bring 'biosimilar' versions
of biologic drugs to market were thrown into stark relief yesterday
when the US Food and Drug Administration (FDA) refused to approve
Genzyme's genetic...

Genzyme gets slapped on the wrist by FDA

The US Food and Drug Administration (FDA) has sent a letter to
Genzyme to warn it about manufacturing issues at its
biomanufacturing facility in Lyon, France.

Genzyme, Bioenvision merger on the rocks

A major shareholder in Bioenvision could seriously compromise the
biotech company's proposed $345m (€242m) takeover by Genzyme as it
is preparing to vote against the merger arguing the offer is too
low.

Genzyme is expanding its manufacturing capabilities of
thymoglobulin in France as it moves to meet the growing demand and
future potential of the rabbit serum derivative.

Dyax announced that it has reached a mutual agreement with Genzyme
to terminate their joint venture for the development and
commercialization of DX-88 for hereditary angioedema (HAE).

With two acquisitions in two months, US biotechnology major Genzyme
has strengthened and diversified its ability to develop gene
therapy products that use either adenovirus or adeno-associated
virus vectors.