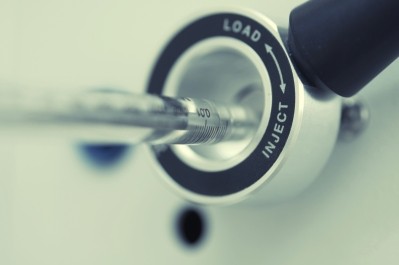 'It was time' for dedicated polymer group, says PCI CEO

PCI Synthesis has formed a cGMP Advanced Polymer Development and Manufacturing Group after experiencing a growing demand from the industry. 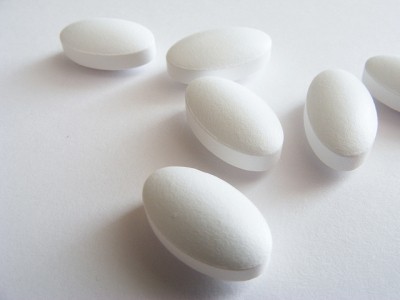 BASF, one of the world’s largest chemical companies, has chosen Colorcon to distribute its Kollicoat Immediate Release (IR) tablet coatings.

A new nanostructured polymer can release anti-cancer drugs once it hits body temperature, according to research.

Researchers at the Georgia Institute of Technology have pioneered a multi-compartment gel capsule that could be used to simultaneously deliver drugs of different types.

Serina gets US patent for polyoxazoline polymer delivery tech

Serina Therapeutics has developed a new way of synthesizing polyoxazoline (POZ) polymers for drug delivery applications that, it claims, is free of the drawbacks that have hampered previous production methods.

in-PharmaTechnologist's round-up of developments in the field of
drug delivery, this week includes a report into protein delivery
devices, a new insulin pump and a joint venture to improve block
copolymers.

Dutch drug delivery and development company OctoPlus is withdrawing
its follow-on financing on its five-strong product portfolio in
response to the US mortgage crisis and the struggling stock market.

Dutch company OctoPlus has extended its rights to the PolyActive
delivery technology used in its lead drug candidate Locteron, based
on interferon alfa.

General Electric (GE) has launched a range of
ultra-high-performance plastics that it claims will answer the need
for cost-effective injection moldable resin.

Researchers have discovered a new method for delivering drugs to
the eye using biodegradable polymer nanoparticles that promise
controlled release and better bioavailability than eye drops.

Avantium to work on Warwick's PolyPEG

Varian has announced it is to acquire Polymer Laboratories for $42
million (€35.7 million)in a transaction that adds consumables and
instrumentation for Gel Permeation Chromatography (GPC) analysis to
its product portfolio.

Materials company, Micromuscle, has developed an electro-active
polymer technology that allows the controlled release of liquid
medications that reflect an emerging class of advanced materials
with new revolutionary properties.

BASF, the world's largest chemical company, and Seppic, an offshoot
of Air Liquide Healthcare, have embarked on a strategic cooperation
to jointly develop and market coating systems for film coating of
tablets in the drug industry.

US company SurModics is evaluating a biodegradeable polymer
technology, developed at Rutgers University, that could improve the
delivery of drugs into the eye.

MIP Technologies, a Swedish firm specialising in polymers with
binding properties, has signed a deal which could take its
technology out of the laboratory sector and into the realms of
large-scale production of pharmaceuticals.

German chemicals group BASF has launched two new pharmaceutical
film-coating products, cementing its position in a market estimated
to be worth about €200 million and growing at 5 to 6 per cent a
year.

UK company Warwick Effect Polymers has launched a new type of
polyethylene glycol (PEG) to improve the half-life of biologic
drugs in the body.

A new company has been set up in the UK to apply high-throughput
technologies to the development of new chemical materials,
including catalysts and novel drugs, for use in the pharmachem
industries.

Korean company Boo Yoon Tech has been granted a US patent on a
polyester resin that can be used to make environmentally-friendly,
biodegradable pharmaceutical bottles and blister packs.

Owens-Illinois has developed a new generation of plastic bottles
and vials for pharmaceutical applications that have significant
advantages over glass counterparts, including shatter resistance
and low rates of damage in production...

Novo turns to Neose for PEG

BioProgress has started legal proceedings against Stanelco Fibre
Optics claiming ownership of several patents related to processes
used in gelatine-free encapsulation. Stanelco recently unveiled its
own ambitions in this area after...

Germany's Merck has introduced a new process media for the capture
of viruses, proteins, antibodies and DNA that has significant
advantages over other sorbents.

Germany's Merck has introduced a new process media for separating
viruses, proteins, antibodies and DNA that has significant
advantages over existing products.

Viscotek has launched a new module for its OmniSEC software for
multiple detection analysis in size separation experiments aimed at
the measurement of copolymers.

Switzerland's Novartis has been awarded a US patent for a novel
means of extending the shelf life of pharmaceuticals. The invention
describes the use of a plastic bottle made from a polymeric
material that is impregnated with...