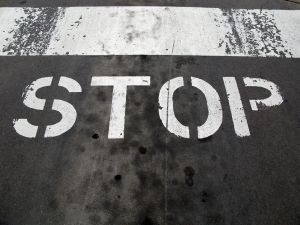 "Sleep driving" drug should remain on the shelves says TGA

An insomnia treatment linked to sleepwalking and sleep driving should stay on the market according to the Australian Therapeutic Good Administration (TGA).

Syringe maker Unilife saw its revenue fall in the third quarter on a lack of milestone payments and its exit from the contract manufacturing sector.

Sanofi-aventis has received an FDA warning letter after the agency identified violations of cGMP at its Frankfurt am Main, Germany plant.

Outsourcing-Pharma presents its latest round up of movements in the pharma outsourcing sector, including a new CEO at Patheon and appointments at Aesica.

Bulgarian drugmaker Sopharma will invest BGN70m ($47m) in the construction of a new manufacturing plant in a further bid to drive export growth.

Genzyme values itself at $22.7bn, $20 per share higher than Sanofi bid

Covance has inked a 10-year strategic alliance, worth up to $2.2bn, with Sanofi-Aventis and acquired two European sites from the big pharma.

Venus to supply docetaxel to Thailand

Venus Remedies is supplying docetaxel to Thailand after a compulsory license was issued to make the drug more affordable.

Sanofi-Aventis is discontinuing use of old insulin pen devices in the UK in response to NPSA guidance.

Sanofi said to be planning $20bn acquisition in US

Rumour has it that French drug giant Sanofi Aventis is planning to make a $20bn (€16bn) acquisition in the US with speculation that biotechs like Allergan, Biogen Idec and Genzyme are among the targets.

Patheon attributes Q1 loss to charges and plant closure costs and says there has been “an encouraging increase in new sales activity” in calendar 2010.

Sanofi-aventis is initiating the phased closing its manufacturing facility in Kansas, US, with complete shutdown expected to occur in 2012 and impact on 370 employees.

French drugmaker Sanofi-Aventis may put its Alnwick Research Centre in Northumberland, UK up for sale, according various media reports.

Drug major Sanofi Aventis has recalled three of its cough syrup mixtures in France after traces of phenol were found in the products.

Sanofi-Aventis has moved to defend its long-acting diabetes treatment Lantus (insulin glargine) and says that recent research linking it to the development of cancer is of “poor quality.”

Sanofi Aventis will pay Pfizer €30m ($41m) for a former Exubera manufacturing plant in Frankfurt-Höchst, Germany that was due to be bought by inhaled insulin specialist MannKind.

Sanofi-Aventis has expanded its collaboration with Pilgrims to include its Dagenham, UK facility, which will now be guarded by the security services company.

Sanofi-Aventis is investing a further $90m in its Chinese manufacturing facility and performing “the world’s largest diabetes genotyping project” in partnership with the Chinese Diabetes Society.

Ahead of the “open house” at its facility in Monteriggioni, Siena, Italian machining specialist Marchesini spoke with in-PharmaTechnologist.com about the new plant and its role in the firm's offering to the drug industry.

Rumours that Pfizer is looking into buying a large stake in
Sanofi-Aventis, which could be seen as a prelude to a full takeover
bid, has prompted a flurry of shareholder activity.

Sanofi-Aventis has been hit with its second patent lawsuit in two
months over its recently released SoloStar insulin pen.

Sanofi-Aventis' disposable insulin pen SoloStar has been launched
across the US for use with the company's 24-hour basal insulin
Lantus (insulin glargine), despite patent infringement claims
emanating from fellow insulin...

Despite numerous media reports of an impending patent infringement
suit, Sanofi-Aventis has yet to formally hear anything from
plaintiff Novo Nordisk, who claims the French firm's SoloStar
insulin pen violates patents covering...

Sanofi-Aventis gets US OK for disposable insulin pen

US diabetics will soon have a new alternative to the predominant
needle and syringe method of administering insulin, now that the
Food and Drug Administration (FDA) has granted marketing approval
to Sanofi-Aventis' Lantus SoloStar.

Sanofi-Aventis is gearing up for the European roll-out of a new
disposable insulin pen designed to address a broader spectrum of
patient needs than currently available injection devices.

In the latest of a rash of pharmaceutical plant closures,
Sanofi-Aventis has announced proposals to cease operations at its
Waterford, Ireland site.

Looking to expand its laboratory testing and consulting services,
PharmEng has acquired Rootlink Tecknic, a laboratory
instrumentation automated solution sales and service company based
in Toronto.

Looking to establish itself in Eastern Europe, French drug maker
Sanofi-Aventis has bought a 24.9 per cent stake in Czech generic
drug firm Zentiva for $514.7m (€430m).

French pharmaceutical company, Sanofi-Aventis, reported an increase
in sales for the fourth quarter with its vaccine business
continuing to impress. The company's performance precedes two
upcoming decisions later this year that...

Danish pharmaceutical company Novo Nordisk has filed a lawsuit
against France's Sanofi-Aventis, alleging that the latter has
infringed patent protection for an insulin injection system for
diabetes patients.

The creation of Sanofi-Aventis last year created a dent in its
second-quarter net profit as the French company looked to provide
good news to its investors. The drug maker managed to raise its
earnings target for the year and accelerated...

French public prosecutors have expanded their criminal
investigations into alleged accounting irregularities by specialty
chemicals maker Rhodia, with a raid on the country's Ministry of
Finance.

Legal documents fly to and from Rhodia

French chemicals company Rhodia, already facing two separate
investigations for alleged accounting irregularities and insider
trading, has become embroiled in further legal fights just as it
starts to lift itself out of financial...

News that B-MS has dropped out of an agreement to develop Basulin,
an improved formulation of insulin which was the subject of a $165
million deal - including $20 million upfront - between the two
companies last year.

Switzerland's Novartis has decided to withdraw from any
negotiations with Aventis over a possible merger, after official
discussions with the latter and fellow French-based company
Sanofi-Synthelabo got underway.

Aventis has formally invited Novartis into merger talks as it fends
off an unsolicited takeover bid from Sanofi-Synthelabo.

Novartis hangs back from Aventis bid

Switzerland's Novartis has confirmed that it is interested in
joining with Aventis, but will not proceed with a formal bid unless
the French government draws back from its hostile stance on a
link-up, reports Phil Taylor.

The French government has embarked on a fact-finding exercise to
try to work out ways it can address the country's diminishing
standing as a centre for biopharmaceutical R&D.

Sanofi says it will not raise Aventis bid

Sanofi-Synthelabo has strongly denied rumours that it is planning
to increase its offer for large pharmaceutical cousin Aventis,
despite the fact that the gap between its bid and Aventis'
valuation is widening by the day.