AstraZeneca has started construction a €30 million tablet
manufacturing plant in Egypt that could form a springboard for an
expansion into emerging markets.

In brief: pharma production around the world

UK cellulose film specialist BioProgress has won another round in
its patent dispute with Stanelco Fibre Optics over the use of
radiofrequency welding to make polymer capsules.

BioProgress, a developer of film strips and cellulose-based
capsules for drug and vitamin delivery, is increasing its
international presence, signing its first agreement for a line of
products for the Chinese market.

GEA, a subsidiary of mg technologies, today announced that it has
acquired the business of Messo-Chemietechnik, which specialises in
crystallisation technologies for the biotechnology, pharmachem and
food industries.

cGMP revamp reaches conclusion in US

The US Food and Drug Administration will start using a risk-based
approach for prioritising site inspections for certain
pharmaceutical products, the agency has announced in a final report
on its current good manufacturing practice...

In a dispute with Stanelco Fibre Optics, Bioprogress Technology has
been awarded outright ownership of a master patent giving it
exclusive rights to the process of making capsules from
non-gelatine materials by means of radio frequency...

Less is more when mixing powders

In contrast to conventional wisdom, stirring a mix of granular
ingredients faster or longer in the manufacturing of
pharmaceuticals is not the key to getting a smooth blend.

Freeman Technology is gearing up to launch the first in a new range
of accessories for its FT4 powder rheometer that are designed to
bring it into the age of industrial automation.

Niro Pharma Systems is launching a new tablet coating system that
promises to achieve a step forward in the evenness of tablet
coating and make the production of small batches for R&D more
cost effective.

People on the move

In-Pharmatechnologist's periodic round-up of personnel moves in the
pharmaceutical sector includes a change in leadership at the
Association of the British Pharmaceutical Industry and a new
managing director at tabletting and...

Mettler Toledo, the world's largest manufacturer of weighing
instruments, has reported a healthy 8 per cent hike in sales for
the first half of 2004, helped by favourable currency factors.

Calling the next six months 'a critical period', the US Food and
Drug Administration's Acting Commissioner Lester Crawford has
unveiled a lengthy list of agency priorities, including continued
work on Good Manufacturing...

A new capsule sealing machine, called the BD3000 and manufactured
by Italy's Dott Bonapace, has been launched in the UK by local
distributor Isopak.

The market for generic drugs is going to expand from its present
level of $35 billion (€29bn) to $80 billion in 2008, as
cash-strapped healthcare payors turn increasingly to cheaper
options.

New OTC deal in the frame for BioProgress?

UK encapsulation specialist BioProgress has signed a license option
deal for a liquid fill technology with the consumer healthcare
division of US drug major Wyeth. If taken to fruition, the
agreement would mark the company's...

German pharmaceutical and chemicals supplier Merck KGaA has set up
a new business unit to try and establish how some of the company's
pigments can be used as brand protection technologies.

Banner Pharmacaps has entered into an agreement to introduce its
non-animal-derived softgel capsules in Japan for pharmaceutical and
nutritional applications.

A US inventor claims to have developed a process that would enable
tablets to be made in three simple steps, eliminating the need for
preprocessing.

France's Stedim and Integrated Biosystems have been awarded two new
patents on their Celsius line of containers, currently being
launched in Europe and US, that are used in the production of
biopharmaceuticals.

EC, Japan close to GMP accord

The European Union and Japan have moved another step closer to
recognising each other's Good Manufacturing Practice (GMP)
requirements in a move that should make it easier to register and
import medicines across their borders.

US water-soluble films company MonoSol has bought the UK division
of Aquafilm, giving it access to substantial manufacturing
capabilities in Europe and its range of edible films, report
Phil Taylor and Dominique Patton.

The US Food and Drug Administration is planning to hold a meeting
in June to re-examine its regulations on electronic records and
signatures, used to generate the audit trail in the food and drug
industries, to examine whether some...

Distek has developed a new product in its range of devices for
testing how well pharmaceutical tablets dissolve that does not need
a water bath. The benefit? A reduction in maintenance, faster
throughput and less system vibration...

Danish biotechnology company LifeCycle Pharma has won a contract
with Italy's Recordati to develop an improved formulation of
Zanidip (lercanidipine), used for the treatment of hypertension,
reports Phil Taylor.

Liquid capsules: the next big thing?

Isopak, a company specialising in small-scale pharmaceutical
production equipment, will introduce a new machine next month that
overcomes one of the major obstacles to making capsules that can
deliver liquid medications.

Thermo Electron has launched a new metal detector for
pharmaceutical applications that provides a 15 to 20 per cent
improvement in sensitivity compared to rival products.

Rise of the machines: Interphex round-up

As the Interphex 2004 exhibition in New York, US, comes to a close,
In-Pharmatechnologist.com takes a look at the crop of new
products rolled out in the pharmaceutical manufacturing sector.

BioProgress buy allows expansion in US

BioProgress of the UK, which makes cellulose based films for
coating tablets and capsules, is planning to buy a company which
would provide a rapid route to increase production capacity in the
US, and also accelerate the development...

A laboratory-scale capsule filling machine that, for the first
time, allows reproducible scale-up of powder dosing to full size
production models, has been launched in the UK by Sussex &
Berkshire Machinery.

Fast-melt tablets are a growing category in oral drug delivery,
driven by their ease of use. To date, products of this type have
needed specialised packaging to ensure they arrive at the consumer
in good condition, but a new technology...

Switzerland's Dr Schleuniger Pharmatron has launched a new handling
system for its 8M testing machine that reduces the amount of
operator time to conduct quality control of the weight, thickness,
diameter and hardness of tablets.

Manesty strikes back with Xpress range

UK tablet press and coating machine specialist Manesty will
introduce another product in its Xpress range at the TOTAL 2004
show next month as it navigates the sea-change in its business that
has emerged over the last few years.

FMC deal worth up to $160m, says BioProgress

Tablet-coating specialist BioProgress formalised its agreement with
US chemicals and machinery group FMC in deal that could be worth up
to $160 million (€128m) in revenues in the first six years.

MonoSol has set up a new venture, called MonoSolRx, aimed at
developing oral film strip technologies for use in the delivery of
drugs.

AstraZeneca has extended an agreement with UK-based Cyprotex to
bulk screen whether its drug candidates for suitable for oral
administration.

Irish pharmaceutical group Elan has raised around $70 million
(€55m) from four new deals, including the sale of formulation and
manufacturing interests.

A survey has found that difficulties in swallowing pills is
widespread among adults, but is rarely discussed with doctors and
can prevent some people from taking their medicine. The findings
suggest that pharmaceutical companies should...

In 2003, Freeman Technology launched its new-generation FT4
rheometer in Europe for testing the flow properties of powders, an
important measurement in the pharmaceutical and chemical industries
where most processes involve the extensive...

Isopak of the UK will be unveiling the latest version of the
automatic benchtop In-Cap capsule-filling machine at the Total
Solutions show in Birmingham, UK, in the spring.

The new agreement between BioProgress and an unnamed US
over-the-counter pharmaceuticals firm could double the UK company's
capacity to manufacture cellulose films for drug encapsulation,
according to chief executive Graham Hind.

UK non-gelatine capsule company BioProgress is continuing a bumper
2003 with the imminent signing of yet another partner for its XGEL
technology.

Micap, which specialises in using yeast and other organisms as
microcapsules for protecting active compounds, is set to expand its
business after extricating itself from an 'onerous' license with
Unilever Bestfoods. 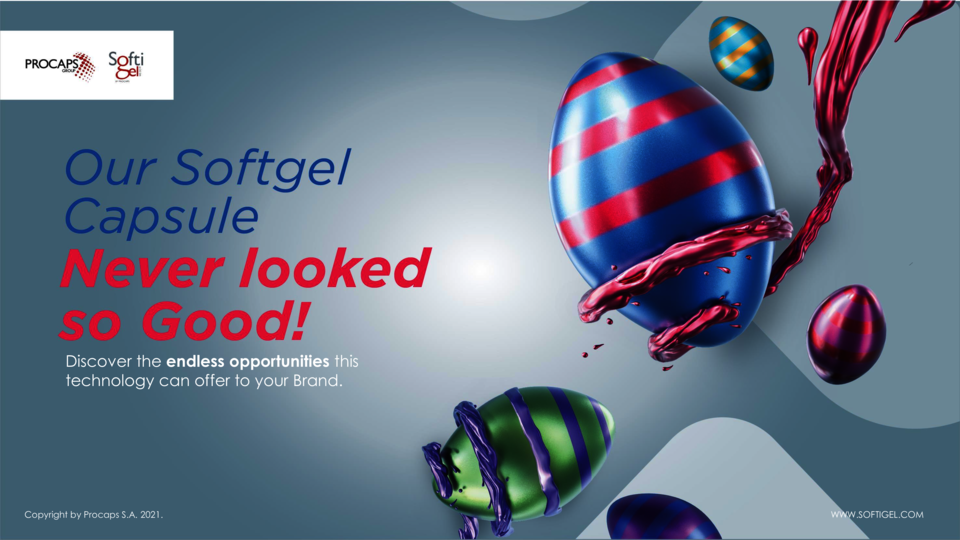 Discover the endless opportunities our Softgel Capsule can offer to your brand.

The softgel capsule has been on the market since the 19th century evolving to the present day. Because of this, consumers feel familiar with the technology... 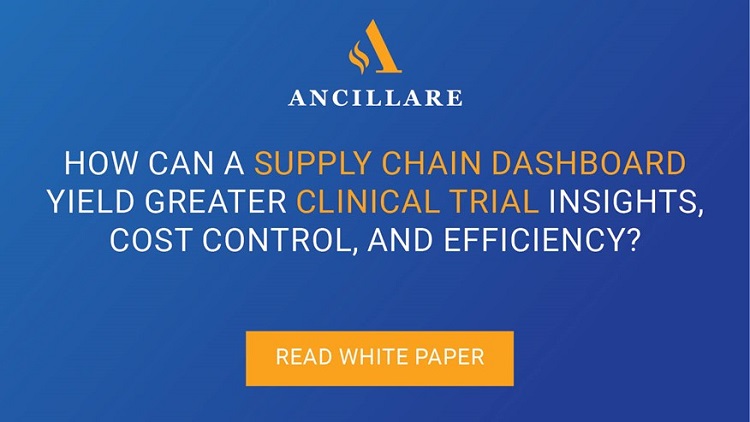 With 1 in 10 Sponsors identifying a lack of technology integration as their biggest pain point, Deighton Liverpool, Ancillare’s Chief Information Officer...